MANAGED by its Spanish subsidiary created in 1989, EMEA sales of Colombian bodywear brand Leonisa rose by 7 per cent in 2014 to reach EUR 6m. While the Spanish market accounted for 70 per cent of sales, the brand supplied 2’100 retail accounts in the EMEA area, mainly in the UK, France, Italy and Switzerland besides Spain. A less concentrated presence was also maintained in Belgium, Greece, the UAE and Equatorial Guinea. Leonisa EMEA Manager Carlos Soler told the Spanish trade press that he expected 2016 sales to rise by 15 per cent and that the company planned to open its first mono-brand retail outlet in either Madrid or Barcelona that same year. 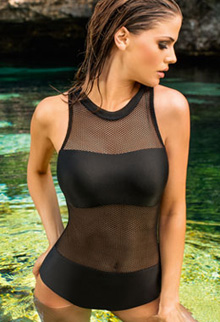 The brand is already solidly implanted in the USA and it could well achieve significant further growth in the EU during the coming years.