BRITISH distribution giant Marks & Spencer said that it plans to close 30 stores in the UK and to convert 45 other stores to food only. The decision reflects a progressive weakening of clothing sales by the chain. Over three years, the closures and conversions will reduce by 10 per cent the chain’s sales floor space devoted to clothing. Other retrenchment moves announced include the closure of 53 under-performing stores in 10 countries including France, the Benelux and China. 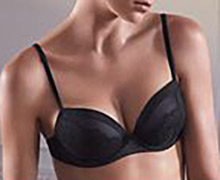 The reduction of space devoted to clothing could undermine the chain’s status as the UK market leader in the lingerie sector.