SWITCHED to Lyon to avoid possible hotel accommodation problems in Paris due to the Euro soccer competition, the 2016 edition of the Mode City salon attracted the usual major buyers. According to some exhibitors, however, the event failed to secure the attendance of buyers representing a number of smaller distributors in France as well as elsewhere in Europe. 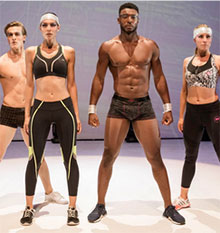 More details will be provided when the organisers’ final report becomes available.