THE CLOSING report of the Mode City salon confirmed the negative impressions of exhibitors. According to organizers Eurovet, attendance slumped by around 20 per cent to 11’000, against 14’000 a year earlier when the event was staged in Paris. While the Lyon venue had little impact on attendance from Switzerland and Mediterranean countries, it appears to have demotivated a significant number of professionals from Germany and other countries of Northern Europe. A feeling of insecurity created by the terrorist attack in Nice on July 14 is also believed to have contributed to the decline in attendance at the show. 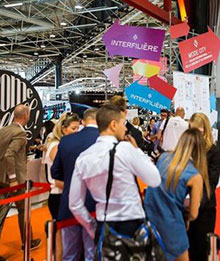 Despite the lower attendance, it is unlikely that the aggregate volume of orders for S/S 2017 will be significantly below that of the preceding year.